Nomination for 2013 Label of the Year Award

We are proud to announce that Railway City Brewing Company’s “Witty Traveller” label, which was designed by Van Pelt’s Design Plus, has been selected as one of the 10 nominees for the 2013 Label of the Year award. The award recognizes achievement in beer label design.

The Witty Traveller embarks on an industrial format recognizing the strength of the railway heritage that was once prominent in the Railway City of St. Thomas where the brewery calls home.

The winning label will be announced during the 35th Collectors of Canadian Brewery advertising convention at the Ambassador Hotel & Conference Centre in Kingston, Ontario, August 6-20, 2014. A presentation will be made to a representative of the winning brewery at the banquet on Friday August 8th, 2014. 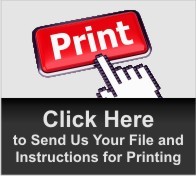